Changing Your Oil During the Winter

Check the Engine Oil During the Winter

While you most often think about having enough oil, the question to ask as winter approaches is whether you have the correct type of oil. 5W-30 motor oil has a lower viscosity than 20W-50 motor oil and will flow more freely in cold weather. If you’ve been using 20W-50 motor oil throughout the rest of the year, it’s time to make a change. If the engine oil is too thick, it will make it difficult for the engine to turn over in cold weather.

The good news is that 5W-30 oil is recommended for year-round use in most vehicles, so there’s no need to alternate between the two once you’ve made the switch to the lower viscosity variety.

Be cautious about choosing anything with a viscosity that’s lower than recommended in the owner’s manual for your vehicle, though. The oil that runs too thin may not provide sufficient lubrication and protection for your car’s engine.

Change the Oil Filter During the Winter

The motor oil is not the only factor that weighs heavily on winter performance. Having the correct type of oil filter in the winter is crucial. Lower temperatures mean thicker motor oil, and thicker motor oil means greater pressure on the oil filter, especially at startup. If a filter is not high-quality, it may not be able to sustain the large increases in pressure that occur in the winter and fail at the weakest spot.

Filters with too fine of a filtering screen do not allow the oil to pass through as easily as it should in cold weather, resulting in limited lubrication. Check the owner’s manual that came with your vehicle or speaks with a qualified mechanic to determine the best type of filter for your make and model.

Consider the Age of Your Battery

Most car batteries don’t last much longer than two to five years, depending on use and the model. Cold temperatures can affect battery performance. If your battery is nearing the four-year or five-year mark, it might be wise to replace it now. Always inspect the battery cables, hold-down brackets, and trays. Signs of erosion could spell a dead battery in the near future.

A broken timing belt presents a greater challenge in the winter when being stranded does not just mean a minor inconvenience, but a potentially life-threatening situation in some parts of the United States. Cold weather can cause timing belts to stretch and wear sooner than expected due to the expansion and contraction caused by extreme temperatures. Inspect the timing belt on your vehicle and replace it if it’s nearing the manufacturer’s recommended interval or showing signs of wear.

These are just a few of the components you can check when getting your vehicle in top shape for winter. With careful maintenance and the help of an experienced mechanic, you’ll be able to keep your vehicle running in the sun and snow for years to come.

Structural integrity: On start-up, in cold weather, your engine will experience an initial surge of pressure. This pressure could compromise oil filters at their weakest point and could manifest itself as a blown-out sealing ring, a split crimp, or even a burst canister. Any of these can cause catastrophic engine failure. According to Nunez, premium oil filters like Purolator’s PureOne are built and tested to withstand virtually all real-world pressure spikes.

Internal valving: Purolator engineers have developed a special spring-loaded bypass valve so that, if the filter goes unchanged for an extended period of time and is blocked with debris, unfiltered oil can flow to the engine, providing at least some lubrication – albeit with dirty oil. Instead of a reliable coil spring, some filter manufacturers may scrimp by substituting “spring” steel that may not return to its original shape after cycling. The result can be unfiltered oil for as long as the filter is in place, with potentially catastrophic results.

Filter media: Finally, most important, the filter must remove the smallest particles while offering the least resistance to oil flow. According to Nunez, Purolator’s top-grade PureOne filter has been developed to hold as much as 13 grams of debris, the equivalent of 31 standard size paper clips, while still providing minimal resistance to oil flow.

So, treat your car to fresh oil and a new oil filter in winter. It takes only a few dollars, but the life you save may be that of your engine. 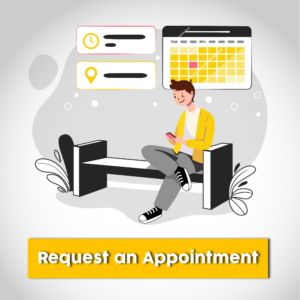 To schedule an appointment with your friendly neighborhood experts at Car Repair Services, give us a call at (972)418-7777 or fill out the form below with your information and requested services. One of our team members will get back to you as soon as possible to confirm your appointment.